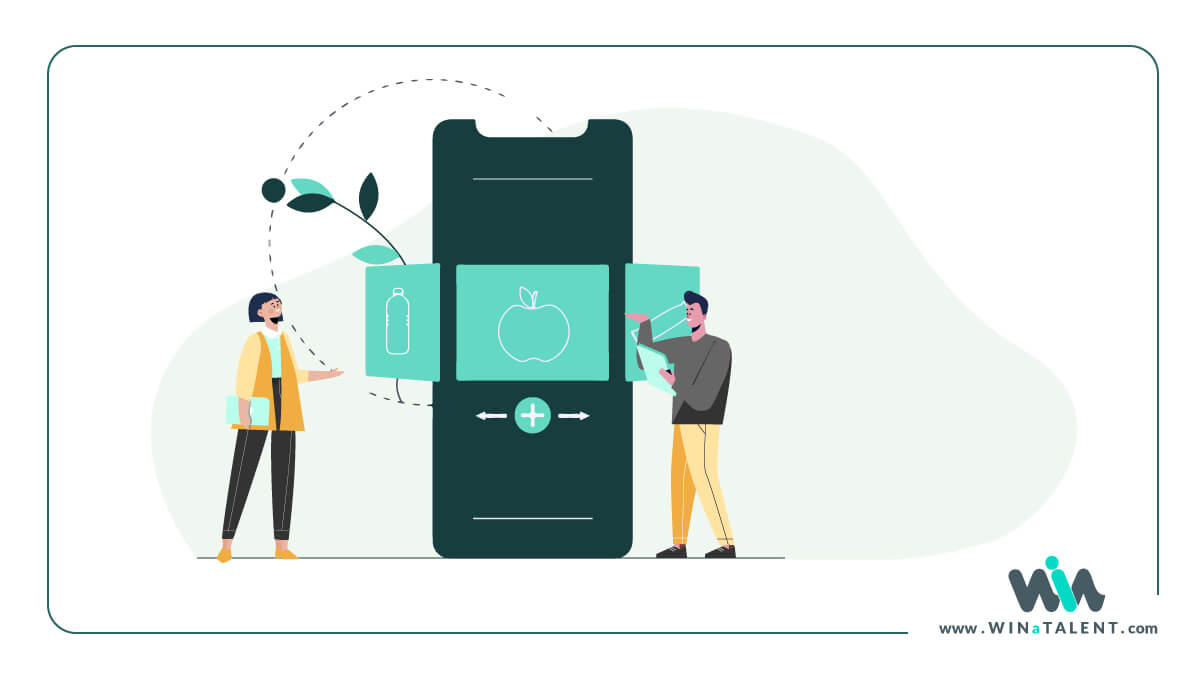 In the app development design stage, a prototype is the evaluation stage. The idea behind the prototype is to play with the main idea of the app.

This can save a lot of time, money, and resources because it offers a better user experience and the movement from concept to product becomes smoother.

But what is the Definition of a Prototype?

A prototype is a model of the final product.

This model allows the app to get tested before spending valuable development time and resources to create the actual product.

By using prototypes, we encompass everything from simple sketches of the product interface to dynamic interactive computer models.

The most important concept of a prototype is getting an early validation of the main idea. A bad experience with the prototype can help us uncover issues with the wireframe and spec (which we’re going to define below). This bad experience might even uncover complications with the core idea of the app.

The Relationship Between Spec, Wireframe, and Prototype:

There are two steps before getting to prototype: app spec and wireframe.

App specification is a detailed and consistent document about the app requirements.

The first deliberate design made in a project is a wireframe.

The problems can become visible in this stage. Also, if something was missing in the spec production, it can be fixed. For example, inconsistencies in navigation, missing sections of the app, or counterintuitive flows are brought forth, discussed, and fixed in the wireframe. By wireframing, the original idea’s edges get polished.

In WINaTALENT, we are specialists in project estimates and wireframing. Check us out Here!

With the spec and the wireframe in hand, we are now ready to attempt to prototype.

In other words, spec and wireframe are the foundations of the prototype. By these initial preparations, you and your team commit to a document and think through a proposed solution.

The easiest and the most affordable tool for a prototype is paper sketching. By drawing the interface’s basic idea, you can visualize the most appealing interface. It is better to work with a designer to make the design.

Another option is to digitize your prototype. For digital prototypes, there are different tools.

You can use the following tools to design your prototype digitally: For example, with Invision or Marvel, a designer can convert the low-fidelity mockups into interactive “apps” that allow you to tap through the design. Many tools are popping up that distinguish visual design and functional prototype to take collaborative design to a new interactive level. Framer and Figma are two other options worth looking at. For low budget web apps we can recommend Proto.io. Also, InVision, Balsamiq, Axure RP, Sketch (for Mac only), and Adobe XD are good options for stand-alone apps.

It is worth mentioning that many people skip these steps.

Because these steps are time-consuming, difficult, and laborious. Skipping these steps, at worst, can cause an app to crash because the development team has skipped the tough questions about the details.

Building a prototype is easy for mobile if the right tools are used. Prototypes are invaluable for testing the idea, the design, and building momentum for the final release of an application. by making a prototype, you allow your user to interact with your app idea and get a taste of your design.

We at WINaTALENT offer different services from project estimation to full-time and freelance recruitment.

Use our estimation services to create an app prototype and wireframe or find the most suitable freelancer to develop your product in our talent pool.

8 thoughts on “What is a Prototype in Mobile App Development?”